From YouTuber Kelli Marissa (see her video at the bottom of this post): 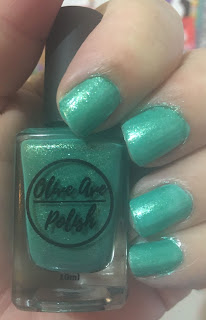 (I don't really think you're seeing the full awesomeness here. I really love it.)

And re question 9: here's several fall polishes that I'm very attached to (none of which are available any more, far as I know): Lippmann All Night Long, the aforementioned Pumpkin Spice, and Spoiled Cougar Attack. (Going from this, I think the thing that makes a great fall polish for me is brown + copper! But P-spice is still the best.) 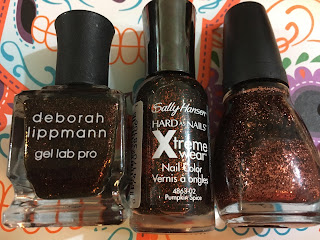