Just so y'all know I'm not gone entirely, here's what I'm wearing now: 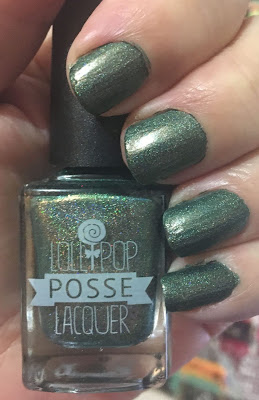 This was Lollipop Posse's doorbuster for Black Friday - it was $7 and it was an extra-special bargain because it's a one-coater, and it's super-pretty to boot. It didn't come until shortly before Christmas, being a pre-order, so I put it in with my gifts, and I just now got around to wearing it and I really love it. I've always been a sucker for these kind of darker greens.

I'm working on a "best of 2019" list but this won't be on it since I didn't put it on til after midnight Wednesday - so it's my first manicure of the decade, no less.

I have a list of candidates for 2019 favorites but I haven't gotten as far as ranking them at all yet, but I'll show you a couple of things from that list: 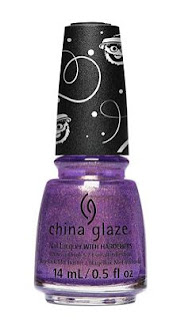 This is Fa-la-ah-ah-ah, from the Sesame Street holiday collection. (Which I never even got around to showing swatches of, I've been highly sidetracked lately.)

Here's another one from that set that I really liked and that's Since 1969. It's a packed gunmetal-ish glitter - I wore it matte.

(I'll try to actually get the favorites figured out this weekend, or it'll be so late nobody will care any more!)