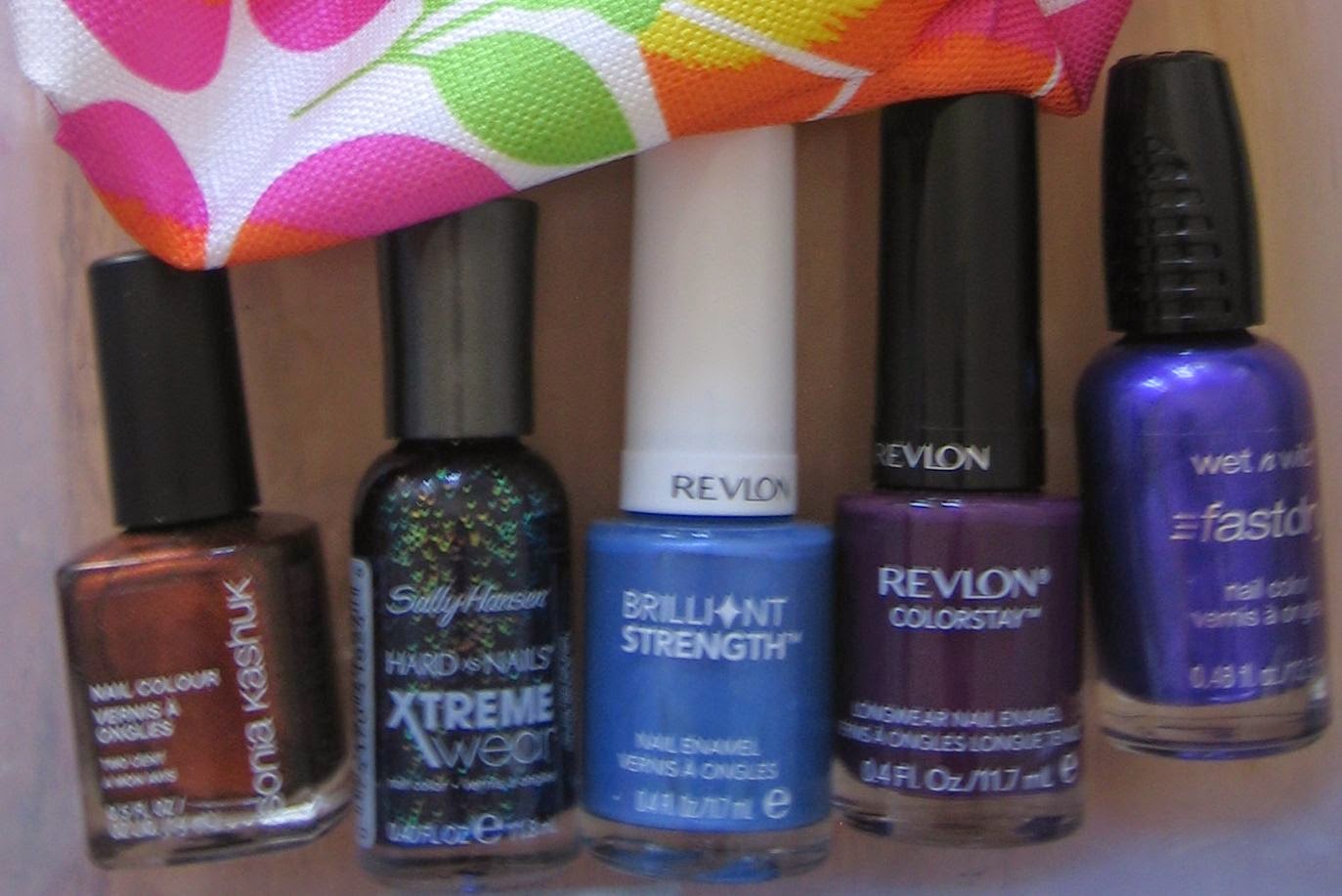 I haven't gone hog-wild lately, but I still seem to come home with a polish or two every week. Here's the recent ones:


The thing sitting on top of those polishes is a Clinique make-up bag from the latest Clinique bonus - or hmm, maybe it's technically wrong to say it's the latest, because this was from Dillard's in March and I'm pretty sure Macy's has a different one going now that it's April. But anyway, this is the latest one *I* have, and it has a nail polish, too: 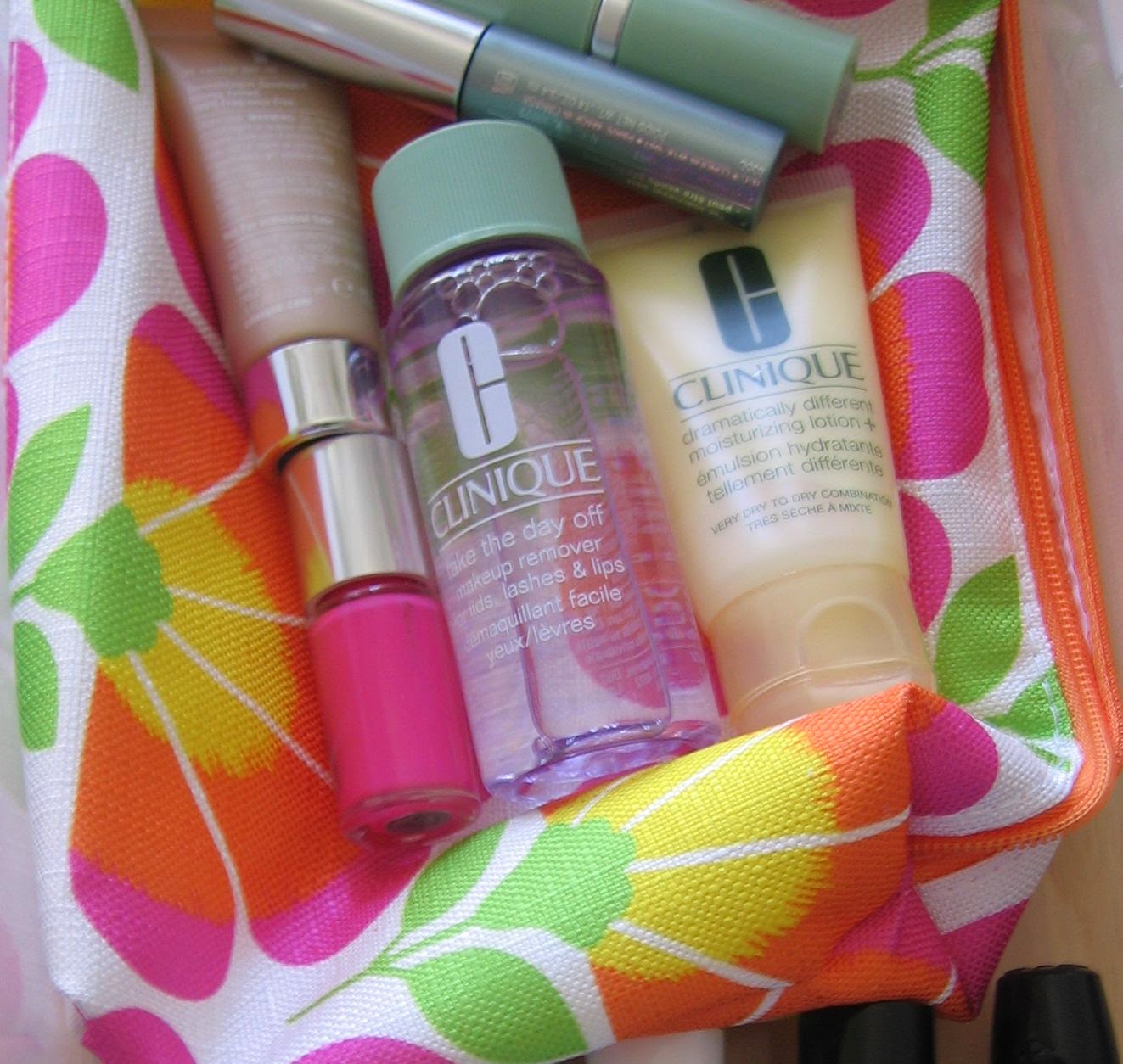 I'm not going to try to tell you about every one of these samples - mascara, base, makeup remover. The color items were available in a pink range or a peach range, and I always go with pink in a choice like that, since I generally think that orange is not flattering on me. However, the orange polish that was included was yummy and I'm sort of sorry I didn't get it. The pink polish is called Hi Sweetie, and it's a nice bright pink, I do like it, too. Plus I got Raspberry Glace lipstick, which is a color I've had before and I know I can wear. I partly also bought this for the moisturizer sample, so I can try out the reformulated yellow moisturizer. (The very fact that it's reformulated makes me nervous, I've been wearing this moisturizer since my mother started giving me her samples in the mid-70s. But most people seem to like it pretty well.)
Posted by Mel C at 10:55 AM