Topic Tuesday: Worth the hype?

Let's see - how about Elle's Spell: 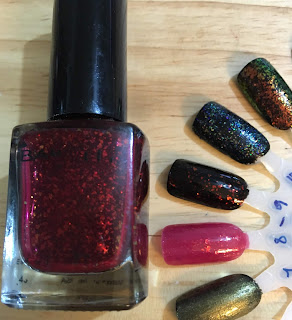 This is one coat on the swatch above, it looks like. Below it's two coats, and it's deepened up some. I love this polish. (Another much-hyped polish with a similar formula is Nfu Oh 51, but that one's more purple.) 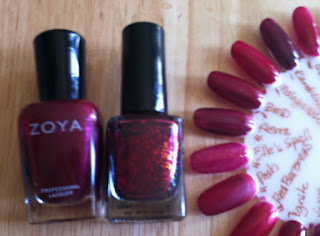 (The other polish above is Zoya Kierra, if you're wondering. A nice polish, but not one that ever got much hype, as far as I recall.)

Turn On The Northern Lights was last year's much-hyped fall polish, and it's totally worth it: 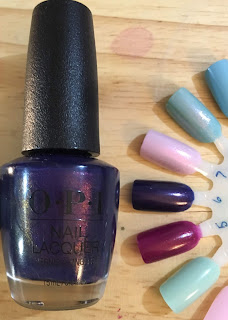 I think Are You Jelly? was hyped a lot when it first came out, as I recall, and it's definitely worth it: 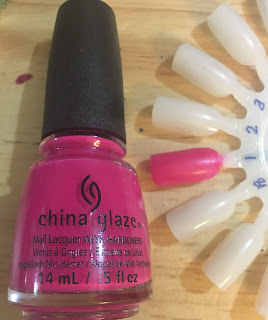 The original Zoya Matte Velvets were hyped a lot - this is Verushka: 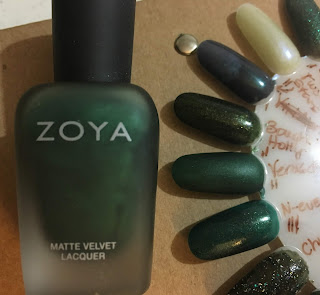 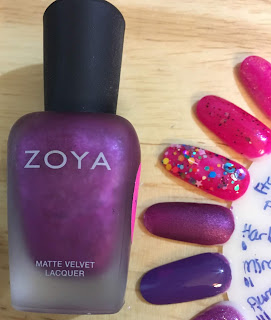 (I usually wear these with top-coat, because they have a strong shimmer to them, and if you leave them matte, you can't see it.) I have more of these - I have Posh (red), and Dovima (almost-black), and Savita (royal purple). I like 'em all.

I could come up with more - Ruby Pumps, maybe? - but I'll stop here.  Added: Nearer and dearer to my heart than Ruby Pumps: I also meant to put in Alcatraz...Rocks, but I forgot. I like Ruby Pumps a lot but when it comes right down to it I could live without it.

(Added: I made a worth the hype tag, and added a bunch of polishes I've talked about in the past that seemed much-hyped to me.)
Posted by Mel C at 6:34 AM